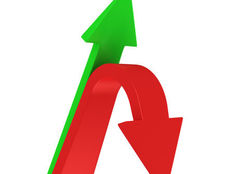 One of the most basic tenets of investing with which every trader is familiar is to buy low and sell high. This simple foundation is the basis upon which nearly every type of stock trade is built. But it’s not as easy to execute in the real world as it sounds.

Buying low and selling high requires that you know when an asset is actually underpriced or overpriced. Accurately guessing which direction an asset will go – whether it’s up or down – can be difficult thanks to the volatility inherent in the financial markets and the unpredictability of traders themselves.

One method traders use to hedge their bets, and eliminate uncertainty regarding asset price direction, is pairs trading. The method is based on finding two assets that are highly correlated with each other; whichever direction one asset moves in, the other will follow suit. One example is the relationship between the Dow Jones Industrial Average and the S&P 500 Index. These indexes generally move together, making them highly correlated. In pairs trading, investors look for arbitrage opportunities when prices begin to diverge, presenting an opportunity for profit without needing to know in which direction the assets are headed.

Pairs traders buy the lower priced asset while simultaneously selling the higher priced asset. Eventually, whatever caused the imbalance will right itself and bring the two correlated assets back into sync with each other. In this manner, traders don’t have to worry about individual direction – rather, they’re betting on the assets becoming correlated again.

The proliferation of Exchange-Traded Funds (ETFs) means that investors have many more opportunities to find highly correlated asset pairs that have deviated in price. The appeal of a pairs trade is that overall market direction doesn’t matter as much as the correlation between the two assets. That makes it a relatively low-risk trade that can be repeated any time two correlated assets become disconnected for a brief period of time.

Let’s use two gold ETFs as an example. Take a look at the performance of the SPDR Gold Shares ETF (GLD) and PowerShares DB Gold ETF (DGL).

Notice how both ETFs tend to trade along the same path most of the time. Both track the price of gold bullion and are highly correlated ETFs. However, notice how they occasionally diverge from one another. To initiate a pairs trade on these ETFs, all you would need to do is place a buy on the lower priced ETF and sell short the higher priced ETF. You would profit on the difference between the two ETFs regardless of the overall performance of gold itself.

Let’s say you sold short 100 shares of GLD in late February at $116 and subsequently bought the price equivalent worth of shares in DGL. To simplify our example, we’ll say that it equates to $115 per share. Now, it’s irrelevant that both ETFs fell a week later. If you sold both when they matched up again at $110 per share, you would have a profit of $6 per share in GLD and a loss of $5 per share in DGL. That means that even though gold itself and the ETFs fell in value, you would’ve earned $100 on the trade.

It’s easy to see why pair trades are appealing. By utilizing this strategy, traders can completely disregard price direction and market uncertainty. The only unknown to deal with is how long the two ETFs will trade out of balance. Generally, similar ETFs like GLD and DGL won’t stay divergent for long. A month will likely be the longest you’ll have to wait.

Trading similar ETFs that track the same index isn’t the only way to profit from a pairs trade. Trading sector ETFs can be another good way to capitalize on pricing inefficiencies. With the upcoming interest rate hike, an opportunity to pair the utilities sector and the financial sector could prove profitable. Utility companies are generally highly debt-leveraged entities and therefore extremely sensitive to interest rate changes. Banks and other financial companies, on the other hand, should see higher margins as long-term rates on loans go up. An investor who wanted to pair trade this possibility would short sell the SPDR Utilities Select Sector Fund (XLU) and buy the Financial Select Sector SPDR (XLF).

Timing trades according to the business cycle may result in a much longer time frame though, so risk is higher with this type of trade. It’s important to keep track of sectors that tend to trade opposite each other so you know as one sector rises, the other will fall.

Ultimately, the pairs trade is about correlation rather than performance. ETFs allow you to trade indexes, stock sectors, commodities, currencies, and virtually any other type of asset class so long as there’s an ETF that tracks it. Watch for high positive or negative correlations between two ETFs and analyze how they’ve performed against each other in the past to see if there’s a long-term trend you can trade off of. Once you’ve established a pair, you’ll be able to hedge your investments and profit from arbitrage strategies without needing to accurately predict the direction of the market.