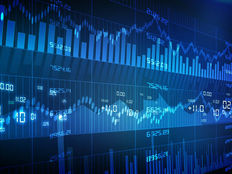 Many hedge funds use long-short strategies in order to profit in both rising and falling equity markets. By maintaining both short and long positions, investors can reduce market risk within their portfolios and increase risk-adjusted returns. Short position gains in falling markets help offset losses in long positions and vice-versa, while a tendency to hold overvalued shorts and undervalued longs creates alpha.

In this article, we’ll take a look at the so-called 130/30 strategy, which is designed to create an optimal long-short portfolio and realize many of these benefits.

The 130/30 strategy involves short-selling stocks up to 30% of a portfolio’s total value that the trader believes will underperform the market and then using the proceeds to take a long position in stocks the trader believes will outperform the market. For example, a trader might invest 100% of a portfolio in the S&P 500 and short-sell the bottom ranked stocks and reinvest the 30% for a 130% exposure.

Be sure to read Understanding a Short-Squeeze and How to Profit From One.

Let’s take a look at a quick example of this process:

Since many 130/30 traders invest in large-cap equities or indexes, the strategy can be considered a core asset rather than an alternative asset in most cases. The difference between traditional hedge fund and 130/30 strategies is that the latter is managed against specific benchmark indexes that underlie the portfolio rather than speculating on specific securities as many hedge funds try to do.

According to some studies, the 130/30 structure captures about 90% of the benefits of leverage, while eliminating many of the risks. Those skeptical of 130/30 funds call the idea more of a marketing gimmick than a proven strategy, pointing out that many traditional long-only funds have outperformed their 130/30 counterparts over time (it should be noted that 130/30 became popular circa 2007, however).

Be sure to also see the Best Investments of All Time.

A second major benefit is being able to profit during bear markets, since short positions gain value as an equity declines. While long-only investors must wait on the sidelines for a market recovery, those using the 130/30 strategy can hedge their portfolio against a market decline and even profit in some cases. These dynamics can improve overall risk-adjusted returns over time.

After all, Wall Street’s prime brokerage business has been largely powered by the growth of hedge funds, partly due to their profitability using short positions. Short selling and the leverage it employs may be a double-edge sword, but competent managers employing tried-and-true strategies may be able to generate consistent alpha over time, just as many hedge funds have managed to do.

Many traders can benefit from the 130/30 strategy given its unique neutral market exposure and relatively risk-free nature compared to traditional short selling. In some ways, the 130/30 strategy provides Main Street investors with a way to access strategies that have been the hallmark of hedge funds – which have been limited to high net worth individuals due to their riskier nature.

Some market participants that could benefit include:

Some popular mutual funds and ETFs utilizing the strategy include:

Risks and Other Considerations

The majority of 130/30 funds became popular during 2007, just before the credit crisis made short selling enormously difficult and expensive. Since then, the number of 130/30 funds has thinned out significantly and the remaining funds have been struggling to recover from the crisis. Traders and investors should carefully consider their risks before making any investment decisions.

Some key risks and considerations include:

So-called 130/30 funds have had a rough start since they became popular in 2007, but the survivors from that time provide traders and investors with a unique opportunity. By taking both long and short positions, the funds act similar to hedge funds in their ability to generate leveraged returns and protect against downside risk, but choosing the right manager remains more important than ever.