What Is a Penny Stock? | TraderHQ

Most investors trade stocks that are worth between $10.00 and $100.00 per share on stock exchanges like the NYSE and NASDAQ. While these stocks account for the majority of trading volume, there are many more companies listed on the OTCBB, OTCQB, OTCQX, and other OTC markets. These companies are generally known as “penny stocks” since they usually trade under $1.00 per share.

Securities regulators define penny stocks as securities that don’t trade on a national exchange and fail to meet minimum price, market capitalization, and shareholder equity requirements. While companies like Citigroup Inc. (NYSE: C) traded below $1.00 per share during the 2008 economic crisis, its stocks were never considered to be penny stocks since they traded on a national exchange and met other requirements.

In this article, we’ll take a look at penny stock origins, how to trade them, and the risks/rewards associated with them.

Penny stocks come in many different forms. While some small businesses looking to raise money in the public markets become penny stocks, other penny stocks are simply leftover shells of former companies that continue to trade and are susceptible for fraud. Investors can identify these differences by reading through regulatory filings (if available) or by contacting the companies directly.

The three primary types of penny stocks include:

Penny stocks do not trade the same as stocks that trade on national exchanges like the NYSE or NASDAQ. When a traditional transaction takes place, a stockbroker will look to match orders within its own customer base and then look to depository trusts to match any additional orders. Penny stocks aren’t very widely held and finding a matching transaction can be much more difficult and time consuming.

There are several factors investors should consider when trading:

In general, investors should stick to penny stocks that are DTC eligible and fully reporting with the SEC to avoid problems. Investors should also consider endings to ticker symbols that can signal potential problems. For example, the letter “Q” is added to the end of a ticker symbol when a company is involved in bankruptcy proceedings that could result in a worthless stock.

Penny stocks are more susceptible to fraud since they are not regulated by a national stock exchange. They tend to lack publicly available information since they are not required to file with the SEC, while even those that have public information available have little or no track record. Penny stocks also have few incentives since many OTC exchanges have no minimum standards for listing [see also 25 Stocks Day Traders Love]. 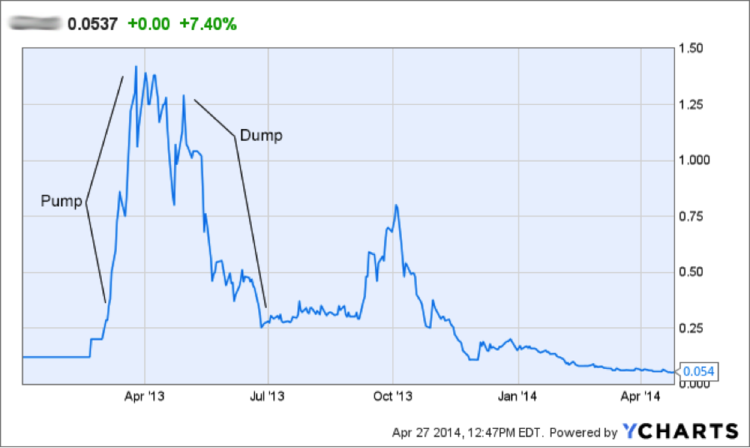 Some common types of penny stock fraud include:

Investors can avoid many of these scams by using common sense. In general, investors should avoid trading based on e-mails or phone calls that they receive promising large returns at little risk. Financial statements can also provide clues as to whether management is being honest in press releases, although complicated instances of fraud can require a bit of forensic accounting.

There are some instances of successful penny stocks, despite the doom and gloom seen in warnings. Some small businesses that start out as penny stocks end up growing to a point where they can successfully up-list to a national exchange like the NYSE or NASDAQ. However, these cases represent just a fraction of all penny stocks, which means that investors should use careful due diligence. 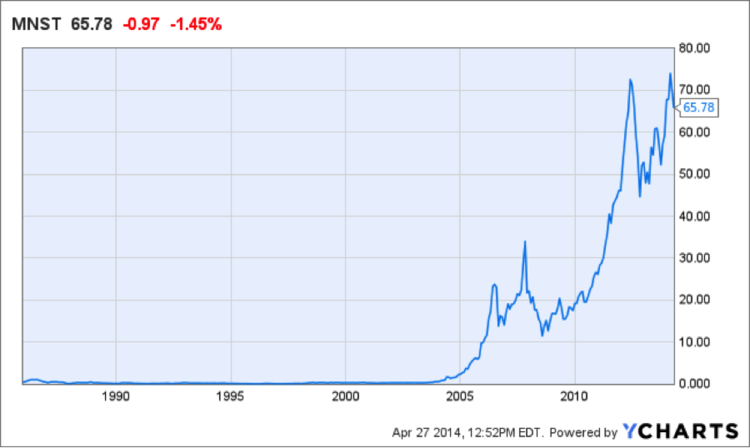 Some examples of successful penny stocks include:

The term penny stock was coined for stocks trading under $1.00 per share, while regulatory define the term as stocks that don’t trade on a national exchange and fail to meet minimum requirements for share price, market capitalization, and shareholders’ equity. Penny stocks tend to be very risky relative to larger stocks, which means that most investors should avoid them. Those willing to assume the risks take precautions like using limit orders and looking for DTC eligibility. Many penny stocks are involved with fraudulent operations, like pump-and-dump schemes or boiler room operations, but some operate legitimate businesses that go on to become multi-billion dollar companies.

If you’ve enjoyed this article, sign up for the free TraderHQ newsletter; we’ll send you similar content weekly.

Quotes of the Day: